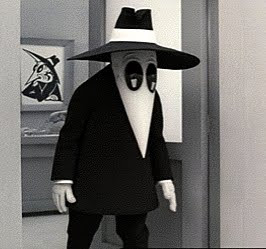 obama to probe network of moles behind christmas patsy fiasco?

from webster tarpley: Officials in the Obama White House are considering the possibility that the Christmas day attempt by Nigerian terrorist Umar Farouk Mutallab to blow up an airliner about to land in Detroit was deliberately and intentionally facilitated by unnamed networks inside the US intelligence community. This was the gist of a report by Richard Wolf delivered in this evening's [jan5] edition of cable network MSNBC’s Countdown program, hosted by Keith Olbermann. This report comes on the eve of a special White House interagency conference convoked by Obama to deal with the massive systemic failure of US intelligence in allowing the Yemen alumnus Mutallab to board the Amsterdam to Detroit flight while allegedly carrying a PETN explosive device on his person.

Wolf attributed his account to top officials in the Obama White House. The intentional sabotage of US antiterrorist screening procedures would explain why Mutallab had been able to use his US visa, escape interrogation and special searches, and board his flight, even though he was festooned with every red flag in the annals of airport security. If Wolf’s report is accurate, these Obama officials may be pulling on a thread which could begin to unravel the entire secret structure of illegitimate power which has afflicted this country — in this case, the apparatus which manufactures terrorist incidents for political purposes of mass manipulation, dictatorship, and war.

related updates:
northwest flight 253 intelligence failure:
negligence or conspiracy*
northwest flight 253: mounting evidence of US complicity in terrorism*
the strange case of umar farouk abdulmutallab*
underwear bomber false flag to be exploited to renew draconian patriot act*
watchlists grow; obama to meet with security team*
given everything that's happened, shouldn't we at least ask?*
richard clarke: incident what we need to 'get over' privacy fears*
airports set to become primary peddlers of child porn with body scanners*
military-industrial complex to make a killing from body scanners*
mi5 knew of mutallab's uk extremist links*
the next false flag: an attack on the US embassy in yemen*
questions mount over attempt to bomb detroit-bound jetliner*
obama's war on yemen*
yemen dismisses al qaeda threat as 'exaggerated'*

from the end run: On the day of the Flight 253 incident, reporter Michael Rosenfield of WXYZ in Detroit appeared live on CNN during the evening news and reported that, earlier that day, another passenger was arrested on a different flight from Amsterdam to Detroit. Same route, same airline, same day. This report appears to have been corroborated by a woman who was apparently a passenger on that flight in an on-camera interview; an interview which was even played at least once on CNN on December 25. However, the media subsequently blended this separate incident with the widely-reported “failed bombing” incident. Hence, the many media reports of Mutallab “screaming about Afghanistan” despite the fact that the witnesses actually describe him as being amazingly calm and totally silent. The End Run deconstructs this apparent, suspicious, and convenient misreporting. 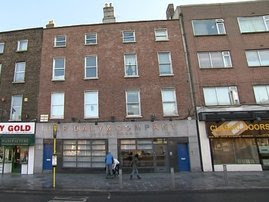 from rte news: A quantity of explosive, found in a flat on Dorset Street in Dublin this morning, was brought into Ireland following a failed security operation in Slovakia. The explosive was one of eight pieces of contraband planted by the authorities in the luggage of unsuspecting passengers at Bratislava Airport in Slovakia last weekend as part of a test of security procedures. Seven were detected by airport security, but the eighth - 90g of research development explosive or RDX - was put in the luggage of a Slovakian electrician who lives and works in Dublin. The 49-year-old unwittingly brought the material to Dublin when he returned from Christmas holidays.

joan rivers not allowed on flight due to 'suspicious passport'
from sawfnews: Comic Joan Rivers was barred from getting a flight - because airline officials deemed her passport "suspicious". The acid-tongued star was trying to fly from Costa Rica to Newark airport in New Jersey. But as she tried to board, the 76-year-old was pulled to one side after a Continental Airlines security agent checked her details. Her passport reads: "Joan Rosenberg AKA Joan Rivers." Rosenberg was her late husband's last name. The fashion-loving Rivers said afterwards: "If I were going to make up an alias, I wouldn't pick Rosenberg. I'd pick Jolie or Pitt... I can tell you Donna Karan does not make anything that hides a bomb." She told a US newspaper: "I tried the tears; they didn't work. I tried reasoning. I couldn't bribe because I didn't have any money... I said 'I'm going to have a heart attack over this,' so the woman called the paramedics." She eventually managed to get a flight home the following morning, she says.

newark terminal locked down; search continues for man
from abc: Authorities were searching for a man who walked through a screening checkpoint exit into the secure side of a terminal Sunday night at Newark airport, and flights were grounded and passengers being re-screened, an air safety official said.

update: military blogger michael yon detained & handcuffed by tsa in seattle airport; says we must stand up to tsa thugs 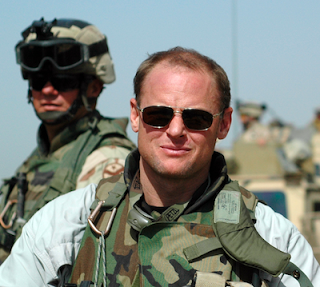 from paul joseph watson: A war reporter who was detained, interrogated and handcuffed at Seattle airport for refusing to answer personal questions about his income has warned that Americans need to start standing up to TSA thugs because entering the country is now a more stifling experience than some of the worst police states on the planet.

“No country has ever treated me so badly,” Michael Yon wrote in a Facebook message. “Not China. Not Vietnam. Not Afghanistan. Definitely not Singapore or India or Nepal or Germany, not Brunei, not Indonesia, or Malaysia, or Kuwait or Qatar or United Arab Emirates. No county has treated me with the disrespect can that can be expected from our border bullies.”

“Yon was taken aside by the TSA and asked a series of questions, many of which seemed to have no bearing on national security. Finally when asked what his personal income was, he refused to answer because he felt it was none of their business. At this point they handcuffed and detained him until he was eventually released by Port Authority police because the TSA had no legitimate grounds to hold him,” reports Blog Critics.

Yon said that his experience was par for the course when entering America and not a manifestation of the Christmas Day attack.

video: helen thomas hits the fundamental points:
you never explain why they want to do us harm!
what's their motivation?