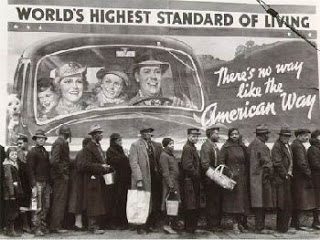 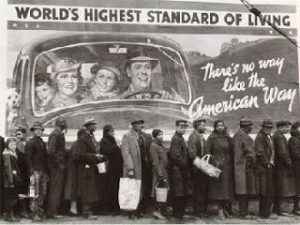 from reuters: Nearly 40 million Americans received food stamps - the latest in an ever-higher string of record enrollment that dates from December 2008 and the U.S. recession, according to a government update. Food stamps are the primary federal anti-hunger program, helping poor people buy food. Enrollment is highest during times of economic distress. The jobless rate was 9.9 percent, the government said on Friday. The Agriculture Department said 39.68 million people, or 1 in 8 Americans, were enrolled for food stamps during February, an increase of 260,000 from January. USDA updated its figures on Wednesday.

"This is the highest share of the U.S. population on SNAP/food stamps," said the anti-hunger group Food Research and Action Center, using the new name for food stamps, Supplemental Nutrition Assistance Program (SNAP). "Research suggests that one in three eligible people are not receiving ... benefits." Enrollment has set a record each month since reaching 31.78 million in December 2008. USDA estimates enrollment will average 40.5 million people this fiscal year, which ends Sept 30, at a cost of up to $59 billion. For fiscal 2011, average enrollment is forecast for 43.3 million people.