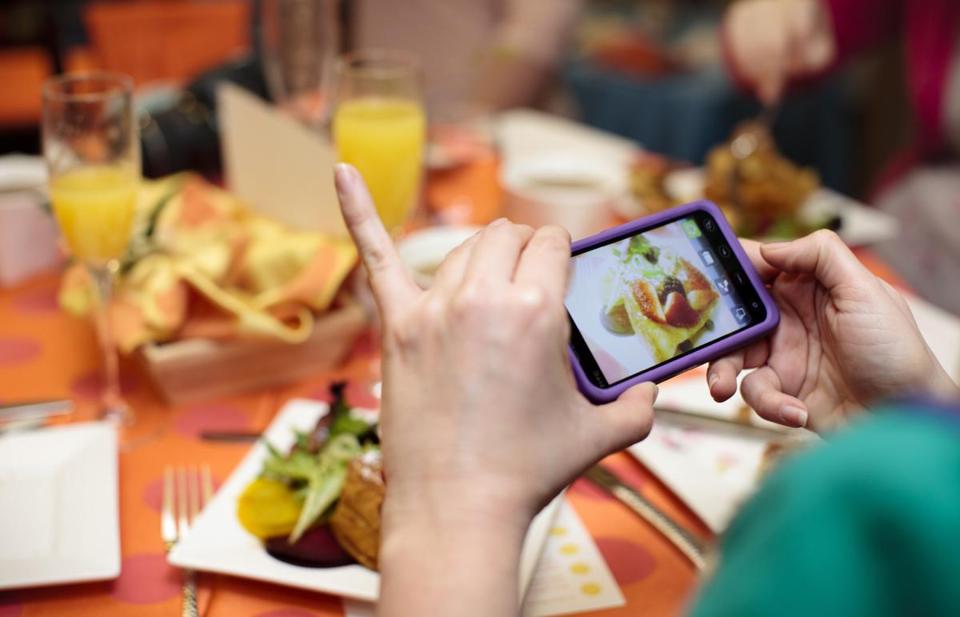 #FoodPorn: Do Millions of Food Photos Cause Loss of Appetite?

from bostonglobe.com: A steadily growing foodie culture, paired with perpetual access to social media, has given new life to amateur food photography. Everyone is snapping and sharing photos of meals they’re eating or about to eat or take out, from cheesy pasta bakes to chocolate-y extravaganzas. On Instagram, search #foodporn and you’ll find more than 18 million results, and on Pinterest, millions more. And though the tasty-looking photos might seem to foster foodie culture, the photo inundation is adversely impacting consumers. A 2013 study revealed that looking at crave-worthy photos weakens satisfaction once actually dining. In the study, as reported in September’s Journal of Consumer Psychology, one group of participants was exposed to salty food images, and a second group was shown sweets. Afterward, both groups snacked on peanuts. Those who had viewed salty food photos reported significantly less enjoyment. Researchers from Brigham Young University and the University of Minnesota credit this to sensory overload. The longer a person is exposed to one flavor, the less satisfying the treat becomes.