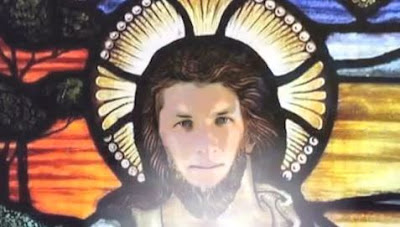 from faithworld: He won’t be in this Sunday’s Super Bowl and his Denver Broncos are already 50-to-1 longshots for next year’s National Football League title, but if Tim Tebow swapped the pigskin for politics, he just might be a shoo-in for the White House. Asked which NFL playoff quarterback they would choose for president of the United States in the coming election, more than one in four voters go for Tebow, according to the results of a new Reuters/Ipsos poll of likely voters released on Friday. Tebow’s success on the field in the past few months helped to make him a media sensation as he turned a struggling Denver Broncos team around. His open and oft-professed religious faith gained him huge support in the evangelical community. But perhaps it is his famous post-touchdown knelt-in-prayer pose – known as “Tebowing” – that has most inspired fans around the world. Many have posted pictures of themselves “Tebowing” on sites such as Tebowing.com.