former cia officer: US to attack iran within 6 months 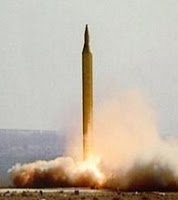 from raw story: Fox News asked former CIA field officer Bob Baer on Tuesday whether the US is “gearing up for a military strike on Iran.” Baer has written a column for Time indicating that Washington officials expect an attack within the next six months.

“I’ve taken an informal poll inside the government,” Baer told Fox. “The feeling is we will hit the Islamic Revolutionary Guard Corps.” His Time column also suggested that “as long as we have bombers and missiles in the air, we will hit Iran’s nuclear facilities.”

Baer explained that what his sources anticipate is “not exactly a war.” He said the administration is convinced “that the Iranians are interfering in Iraq and the rest of the Gulf” but that “if there is an attack on Iran it would be very quick, it would be a warning.”

The following video is from Fox’s America’s Newsroom, broadcast on August 21.