Since 2005, Media Monarchy has covered the real news about politics, health, technology and the occult - all remixed with music and media that matters.
Home > #Geopolitiks, #HolyHexes, #Monarchives 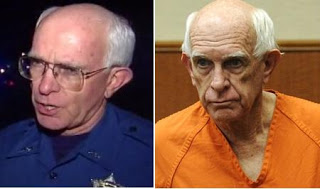 A highly-regarded former sheriff Patrick J Sullivan Jr. of Arapahoe County, Colorado traded in blue uniform in 2002 for an orange jumpsuit, this year, after attempting to trade meth for sex with a man! Sullivan, 68, was arrested last Tuesday and housed in detention center that bears his name, according to ABC News article.  Peter Boyles, KHOW talk host, conducts probing on air discussion of scandal Thursday and former sheriff's role. Boyles interviewed Jonathan Elinoff, who broke scandal to media, to learn more details! Boyles can only compare evil to that of Jerry Sandusky at Penn State, possibly, an allusion to organized sex trade?  It's a must listen interview!