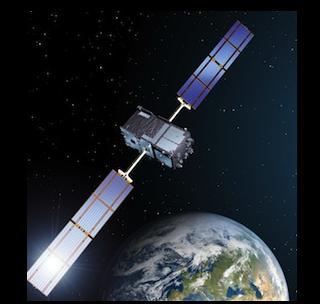 A pair of Italian-built Galileo GPS satellites will launch from French Guiana, tomorrow. A giant Russian Antonov An-124 cargo plane delivered the satellites, last month. The launch will be the first for a Russian Soyuz rocket outside of Kazakhstan. A recent Spaceflight Now article reports launch "...scheduled for Oct. 20 at 1034 GMT (6:34 a.m. EDT) from the new Soyuz launch pad at the Guiana Space Center, France's spaceport positioned on the northeastern coast of South America." It sounds like advancement, but towards what end? An Occasional Paper of the European Union Institute for Security Studies, "The Galileo Satellite System and its security implications", co-written by Gustav Lindstrom and Giovanni Gasparini and published back in 2003, reveals the global nature of the venture. On page 9 of the Occasional Paper, the military applications of another Global Navigation Satellite System (GNSS) are cited for use with allies. Lindstrom served formerly with Rand and the World Bank. The present writer views with suspicion any institution with "security" in its title and simply implies control or fascism!