12k more troops to afghanistan
from danger room: “The Pentagon will be sending 12,000 to 15,000 additional U.S. troops to Afghanistan, possibly as soon as the end of this year,” U.S. News is reporting… For more than a year, everyone from Gen. McKeirnan to Sen. Barack Obama has been calling for extra troops in Afghanistan. But the Pentagon brass said it couldn’t be done, until forces were pulled out of Iraq. Does that mean a partial withdrawal from Iraq is coming? 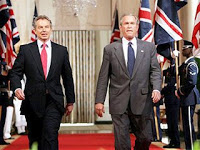 from steve watson: As part of a major examination into the evidence that the Bush administration forged intelligence documents to justify the invasion of Iraq, the House Judiciary Committee will also look into various considerations, plots and attempts to provoke war, including the idea of goading Saddam Hussein to shoot down a mock UN plane. House Judiciary Committee Chairman John Conyers has announced that he and his staff will investigate the evidence most recently collated and presented by Pulitzer Prize-winning journalist Ron Suskind in his book The Way of the World: A Story of Truth and Hope in an Age of Extremism. According to a press release earlier this week, Conyers’ office will examine: “Reported examples of the Bush Administration considering other deceptive schemes to justify or provoke war with Iraq, such as the reported consideration of painting a U.S. aircraft with UN colors in order to provoke Iraq into military confrontation.”

panic & jubilation in the wake of musharraf’s resignation 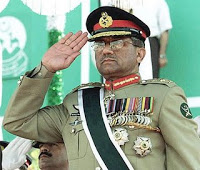 from winter patriot: Now that Pakistan’s President Pervez Musharraf has resigned, we can expect a tidal wave of propaganda – some of it deliberately false, some well-meaning but still false – about how nervous we should be for our future. After all, Pakistan has terrorists and nuclear weapons. And only Pervez Musharraf could keep them apart. Or so the story goes. We’ve been hearing variations on this story for years; but it’s still only a story. We get it from the right and from the left: Let’s attack Pakistan; We were attacked on 9/11 by terrorists from Pakistan; Pakistan is going ballistic and we don’t even have anyone left in our government who knows anything about Pakistan, let alone somebody in a position to do something…

iraq: we must prosecute blackwater

from press tv: A top Iraqi official says Baghdad will keep its right to prosecute US private contractors who have committed crime in the Iraqi territory. “There is information that six Blackwater guards are to be tried in Washington,” Ali al-Dabbagh Iraq’s government spokesman said Sunday. “The Iraqi government stresses that Blackwater has committed a crime and the Iraqi government retains the right to prosecute the company.” … Dabbagh’s remarks came after US Justice Department sent ‘target letters’ to six security guards involved in the deadly shooting. The move indicates a “high likelihood the department will seek to indict at least some of them”, Washington Post said Saturday.