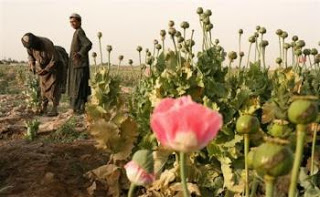 drug violence kills at least 49 in tijuana this week
from ap: Police have found nine more bodies dumped around the Mexican border city of Tijuana... More than 400 people have been killed in drug-related violence in the city across from San Diego, California, this year, including at least 49 this week... Execution-style killings, beheadings and shootouts have soared across Mexico since the army and federal police intensified their fight against the drug trade nearly two years ago.

from nytimes: When Afghan security forces found an enormous cache of heroin hidden beneath concrete blocks in a tractor-trailer outside Kandahar in 2004, the local Afghan commander quickly impounded the truck and notified his boss. Before long, the commander, Habibullah Jan, received a telephone call from Ahmed Wali Karzai, the brother of President Hamid Karzai, asking him to release the vehicle and the drugs, Mr. Jan later told American investigators, according to notes from the debriefing obtained by The New York Times. He said he complied after getting a phone call from an aide to President Karzai directing him to release the truck. Two years later, American and Afghan counternarcotics forces stopped another truck, this time near Kabul, finding more than 110 pounds of heroin. Soon after the seizure, United States investigators told other American officials that they had discovered links between the drug shipment and a bodyguard believed to be an intermediary for Ahmed Wali Karzai, according to a participant in the briefing. The assertions about the involvement of the president’s brother in the incidents were never investigated, according to American and Afghan officials, even though allegations that he has benefited from narcotics trafficking have circulated widely in Afghanistan.

from iht: War has come to Pakistan, not just as terrorist bombings, but as full-scale battles, leaving Pakistanis angry and dismayed as the dead, wounded and displaced turn up right on their doorstep. An estimated 250,000 people have now fled the gunship helicopters, jets, artillery and mortar fire of the Pakistani Army, and the assaults, intimidation and rough justice of the Taliban who have dug into Pakistan's tribal areas. 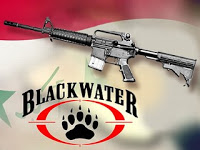 from abcnews: An M4 machine gun sent to Iraq by the Blackwater private security firm somehow disappeared from the company's storage facility in Baghdad and was later discovered during a US military operation, apparently against suspected insurgents, people familiar with the situation have told ABC News. The incident, in 2006, has been kept secret until now but it raised more questions about Blackwater's operations in Iraq.

US radar in israel might be trained on russia
from israel today: A Time Magazine article citing Israeli military officials suggests a sophisticated long-range American radar system about to be deployed in Israel may be less about providing early warning of an Iranian missile attack, and more about hemming in Russia. The radar base will be the first permanent deployment of foreign troops on Israeli soil in the country's short 60-year modern history. Initial reports were that Washington offered the early-warning radar to Israel as compensation for not supporting plans to preemptively attack Iran's nuclear facilities.

US radar in israel: what's it for, really?