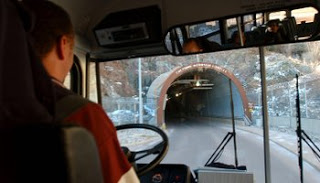 from washington times: Nestled a half mile inside a hardened rock tunnel, the Cheyenne Mountain Operations Center buzzed with excitement on July 4, 2006, as the shuttle Discovery prepared to launch.

Then, at approximately 1:30 p.m. during the final countdown at Florida’s Kennedy Space Center, the center’s alarms and strobes shrieked to life. Defense satellites had picked up a heat-related signature half a world away. An expert crew at the mountain quickly identified it as a missile, pinpointing its type, location and telemetry. It had been launched from North Korea and was headed east. Several more missile launches were detected including a long-range Taepodong II capable of striking the western United States.

As the missiles advanced, the op center alerted top defense officials. President Bush was just a phone call away and if contacted might have had only minutes to decide whether to engage America’s nuclear arsenal. Fortunately, the missiles fell far from U.S. shores in North Korea, the Sea of Japan and the Pacific Ocean.

Still, the episode marked the end of an era. A few weeks later, Cheyenne Mountain’s commander, Brig. Gen. Rosanne Bailey, retired and the once highly sought command was downgraded to a “directorate.”

Critics say a decision two years ago to move the operations center of the North American Aerospace Defense Command (NORAD) to the basement of an office building on Peterson Air Force Base in nearby Colorado Springs and to disperse other missions at the mountain could undermine U.S. national security.

According to military and defense sources familiar with the missions and U.S. government documents obtained by The Washington Times, the move — billed as a cost-cutting measure — received insufficient government review, violated previous Pentagon directives, may have broken U.S. law and has left the United States less able to track potential threats and the operations center more vulnerable to attack.

The decision to move the op center originated with Adm. Timothy Keating, in 2006 head of both NORAD and U.S. Northern Command, created after 9/11 to safeguard further the U.S. homeland. Adm. Keating apparently convinced the nation’s top military leaders that moving the center would save taxpayers millions of dollars.