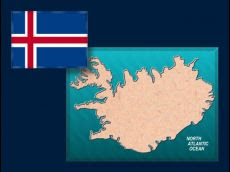 from cnn: Iceland’s ruling coalition resigned Monday, three months after the collapse of the country’s currency, stock market and several major banks, and following months of public protests, Kristjan Kristjansson, a spokesman for the prime minister said. The government also fell after the resignation of the government’s commerce minister in response to the country’s financial mess. The minister, Bjorgvin Sigurdsson, resigned Sunday, saying the government had failed to restore confidence in the three months after the collapse of the financial system.

from ap: Iraq will reopen the notorious Abu Ghraib prison next month, but it’s getting a facelift and a new name, a senior justice official said. The heavily fortified compound of gray, stonewalled buildings and watchtowers has come to symbolize American abuse of some prisoners captured in Iraq after photos were released showing U.S. soldiers sexually humiliating inmates at the facility. The scandal stoked support for the insurgency and was one of the biggest setbacks to the U.S. military effort to win the peace in Iraq. The renovated facility will be called Baghdad’s Central Prison because the name Abu Ghraib has left a “bitter feeling inside Iraqis’ hearts,” deputy Justice Minister Busho Ibrahim said Saturday. Abu Ghraib, which was a torture center under Saddam Hussein, has been closed since 2006.

US seizing of iranian ship ‘a covert op’
from jpost: The interception of an Iranian arms ship by the US Navy in the Red Sea last week likely was conducted as a covert operation and is being played down by the US military due to the lack of a clear legal framework for such operations, an American expert on Iran told The Jerusalem Post on Saturday evening. International media reported that an Iranian-owned merchant vessel flying a Cypriot flag was boarded early last week by US Navy personnel who discovered artillery shells on board.