giving salty food to babies may create a lifelong preference 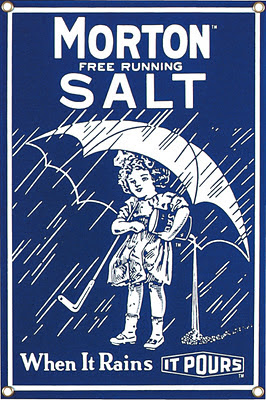 from latimes: Feeding young babies solid foods such as crackers, cereals and bread, which tend to be high in salt, may set them up for a lifelong preference for salt, researchers reported Tuesday. The study, published in the American Journal of Clinical Nutrition, suggests that efforts to reduce salt intake among Americans should begin early in life. It is even possible, the authors said, that infancy contains a "sensitivity window" in which exposure to certain foods and tastes programs the brain to desire them in the future. Americans' fondness for salt, a source of dismay for health experts, is well known. A 2010 report from the Institute of Medicine concluded that the average intake of 3,436 milligrams a day for Americans over age 2 is more than double what is recommended, and that new government standards are needed to reduce the salt content in processed and restaurant food.