global hawk to fly first mission over US 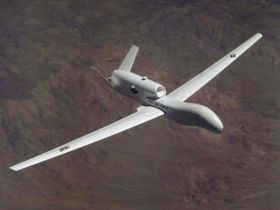 from ap/breitbart: They’ve become a fixture in the skies over Iraq and Afghanistan, a new breed of unmanned aircraft operated with remote controls by “pilots” sitting in virtual cockpits many miles away.

But the Air Force’s Global Hawk has never flown a mission over the United States.

That is set to change Monday, when the first Global Hawk is scheduled to land at Beale Air Force Base in northern California.

“This landmark flight has historic implications since it’s the first time a Global Hawk has not only flown from Beale, but anywhere in the United States on an official Air Combat Command mission,” base spokesman Capt. Michael Andrews said in a statement.

Beale-based pilots are flying the drones daily on combat missions in the Middle East, Andrews said. The planes are operated by four-person crews from virtual cockpits the size of shipping containers.

The planes are designed to fly at high altitudes for 40 hour-missions covering as much as 10,000 miles, mostly providing aerial surveillance. The aircraft, which can cost more than $80 million each, can reach an altitude of 65,000 feet and send back high-resolution imagery. 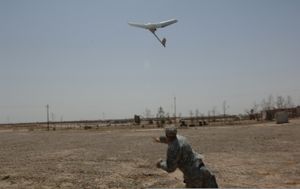 The Hawks are among a growing fleet of unmanned aircraft that also includes the missile-carrying Predators and five-pound Ravens that are small enough to be carried in soldiers’ backpacks.

Beale is to have seven Global Hawks by 2009. It is currently the only U.S. base with the drones. Eventually the Air Force’s fleet will include 54 of the Global Hawks, but most will be based overseas.