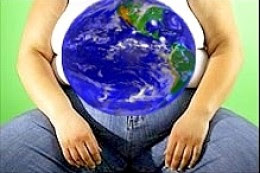 from emaxhealth: Researchers suggest it’s free market policies that may be driving obesity. In a study, the investigators found higher numbers of fast food restaurants in a given populated area is linked to obesity rates. Since the advent of trade liberalization policies in the 1980's, there are more restaurants that serve high calorie fast foods, which also correlates with obesity trends; seen primarily in wealthier countries. The researchers, from University of Michigan, say it comes as no surprise that countries like the UK, New Zealand, Canada and the United States have the highest rates of obesity, which also correlates with liberal global market trade policies.