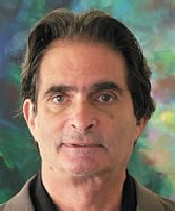 Government Fears Most: Blacks And Whites United With Guns

Jon Rappoport writes in current blog, "What government fears most: blacks and whites united with gunss," most important message for the United States.  Rappoport exposes government agenda to disarm public and need for everyone, black and white, to realize our common interest:  "...the true agenda of the federal government:  use any and all means to convince black, white, and Latino communities that their needs for self-defense are separate and even opposed;use any and all means to set white, black, and Latino communities against each other;use any and all means to create and sustain and expand a black, white, and Latino underclass, whose vast dependence on government precludes the awareness that self-sufficient armed defense against criminals is good and right. Instead, all public safety must hinge on government law-enforcement personnel."

Rappoport hopes for best that the American public doesn't fall prey to deception to disarm people on path to totalitarianism:

"Karl Hess, a former-speechwriter-turned-libertarian, who had drifted around behind the barn, away from the Republican Party, wrote this: 'It must be recognized that there now exists in this land of liberty virtually every institution of state power necessary to totalitarianism with the possible exception of a national police force.' Hess died eight years before the federal government created the Department of Homeland Security.
If good men and women of every skin color come to the aid of their country, by standing together against criminals of every stripe, by declaring their own right to bear arms, this will be a different and better place. It won’t be what the federal government wants..."

The presenter writer prays Americans avoid falling for deception to oppose one another and unite against tyranny.  Americans will simply be more vulnerable to government whim if arms are taken away!