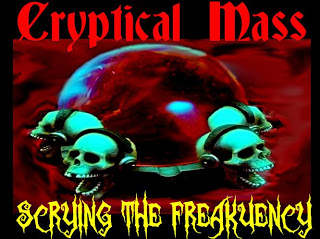 with thanks to zero point radio & ground zero tv...

from clyde lewis: On October 31st, 2010, using a radio similar to “Frank’s Box”, a wire cable into a sound board, broadcasting 100,000 watts of power though an FM transmitter and relaying it through a computer to an AM transmitter in Wyoming blasting 50,000 watts of power, I along with Jonathan Burgess, Reed McClintock, and David John Oates successfully contacted and received communications from unknown voices on the air.... On Sunday November 7th, 2010, one week after the first attempt we try again to see if we can duplicate what we have done. If we hear the same activity we heard on Halloween we hope that it is newsworthy and of merit for investigators who have been trying to improve their communications with the other side.