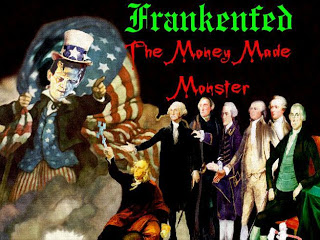 from clyde lewis: Just because we think we are informed and technologically advanced doesn’t mean we can escape the actions that have followed a financial disaster. Once the U.S. financial meltdown begins many other nations follow suit. A new governing body would be empowered to maintain and enforce social stability.

The group would be called temporary and then would become formalized as the New preliminary world advisory board on “Continuity of Government.”
This group will remain as the world governing body until we forget that they were put there in the first place. They will be or financial saviors working miracles with socialist policies and economical corporatist structures. The solution would be a global centralized currency and World Bank.

States in North America are already fearful of globalization are at the ready to utilize state constitutional authority against the Federal Government. The question is would the fed declare war on the states in order to keep their policies intact?

Almost half of the state legislatures are currently considering or have representatives preparing to introduce resolutions to reassert the principles of the 9th & 10th Amendments and the idea that federal power is strictly limited to specific areas detailed in the Constitution and that all other governmental authority rests with the states. New Hampshire’s resolution actually called for the dissolution of the United States.

The Union is showing signs of implosion.

We may be seeing the beginnings of civil unrest.