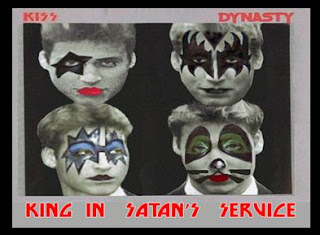 Lewis’ theory was first presented in 1997 on the Canadian radio show “The X-Zone” with Rob McConnell. Lewis was prompted to investigate the “Bloodlines” of Europe after his run in with an unknown British citizen on a flight from Las Vegas. The announcement of Lady Diana’s death in August of 1997 prompted discussion on the flight which eventually lead to discussions with author Christopher Knight about the Templars, David Flynn, and author of the Antichrist and a cup of tea, Tim Cohen.

After so many years of articles, opinions, summaries and accusations of plagiarism, the theory of the Antichrist can be told from a Ground Zero Perspective. The first president of the United Nations General Assembly, Paul-Henri Spaak, who was also a prime minister of Belgium and one of the early planners of the European Union , as well as a secretary-general of NATO, affirmed, "We do not want another committee, we have too many already. What we want is a man of sufficient stature to hold the allegiance of all the people of the world and to lift us up out of the economic morass into which we are sinking. Send us such a man, and whether he be God or devil, we will receive him."

Clyde Lewis claims that the equivalent of Christ on earth has already been chosen and it is not Barack Obama.