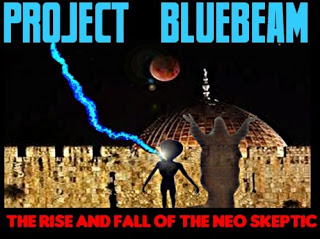 from clyde lewis: In the original “Watchmen” comic (set in an alternate reality 1985), one of the “heroes” commits what can be considered s a villainous act for the “good of all mankind.” He
contrives an “alien invasion” so that the United States, the Soviet Union, and the rest of the world will join together in peace and harmony to protect themselves against the outside “alien threat.” If the story rings familiar to some of you, it is because it is based on speeches given by Ronald Reagan in the real world, in which he said an “alien threat” would be the solution to uniting a hostile world. Numerous “conspiracy theorists”, most notably former naval officer William Cooper, the author of the famed underground book Behold a Pale Horse, speculated that Reagan’s speech was an expositional public “debriefing” to prepare the public to accept a global government as a necessary response to an alien invasion scenario. Cooper suggested that the U.S. government had been working on a fake alien invasion since the 1930’s, and that even Orson Welles’s “War of the Worlds” broadcast was an “experiment” to see how the populace would react to such an event.

previous episode: look to the sun for the warning