from ap: An Army National Guard squadron based in West Virginia is being deployed. But Captain James Bowen says the specific destination for the 150th Armored Reconnaissance Squadron is yet to be determined. Some of the unit’s 570 soldiers are from Ohio. Bowen says around December 1st, the squadron based in Brushfork, West Virginia, will be sent to Fort Pickett in Virginia, then to Camp Shelby in Mississippi. After that, he says the guard members will head to Fort Irwin in California until they’re sent overseas. This would be the 150th’s second mobilization in the past four years.

generals to be disciplined over nukes

from dod buzz: Defense Secretary Robert Gates will announce a range of punishments for at least five general officers and possibly several colonels for lapses connected with the nation’s nuclear weapons, sources tell DoD Buzz. The announcements are expected on Tuessday next week… Gates had to intervene personally and ordered Donald’s review after sensitive nuclear parts were sent mistakenly to Taiwan and a B-52 bomber flew across the country carrying six armed nuclear cruise missiles. Last week, a panel of august experts led by former Defense Secretary James Schlesinger said they had been surprised by the erosion of controls over nuclear weapons since the end of the Cold War and recommended that Air Force Space Command be folded into a new Air Force Strategic Command and urged a range of other measures to ensure airmen dealing with nukes “feel they are part of an important mission.” 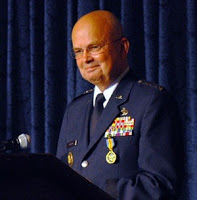 from danger room: The CIA doesn’t just attack terrorists, to take them out. Sometimes, the spy agency strikes, to “tickle” enemies into reacting, CIA chief Michael Hayden told the annual Air Force Association conference earlier today. “Today, we routinely use kinetic force [bombs-and-bullets attacks] not just for its own effect, but to create a response that will allow us to collect more intelligence. We use military operations to excite the enemy, prompting him to respond,” Hayden said. “We create and benefit from a highly virtuous cycle: Operations generate opportunities to learn more about the enemy, the intelligence gained creates opportunities for follow-on operations, and so on.”

expert: al-qaeda is in league with US 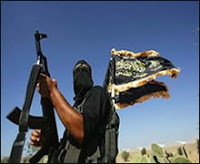 from russia today: In a video released Monday Al Qaeda leaders slammed Teheran accusing Iran of giving way to the US, by allowing it invade Afghanistan and Iraq. Some experts believe the terrorist organization is trying to undermine support for Iran amidst continued speculation about possible military operations against it, by the United States. In a 90 minute video shown on Al Jazeera TV channel, Al Qaeda’s deputy leader Ayman al-Zawahiri doubted the Iranian Government’s anti-American stance and claimed Teheran was in alliance with ‘the Crusade’ against Muslim nations. “This statement is absolutely in tune with the interests of the USA,” said Aleksandr Yakuba, head of CrossMediaCommunications analytical department, to RBK daily website. Yakuba believes Al Qaeda’s goals in Iran coincide with those of the American administration. A weakened Teheran will help the organisation boost its control in some Iraqi territories, where Iran currently has influence. There’s also the issue of a religious divide. “Al Qaeda are Salafists, ‘purist Muslims’ who consider Shiites heretics,” he said, claiming that Shiite-controlled governments in both Iraq and Iran are thwarting the organisation’s efforts in the region.

16 US troops commit suicide in iraq

from press tv: Sixteen US troops from the a unit of the Airborne Division have committed suicide inside a military base in Iraq, security sources say. Iraqi security sources have revealed that 21 US troops had committed suicide inside a former Iraqi air force base 27 days ago, Fars News Agency reported on Monday. According to the sources, the 21 troops were treated in a hospital but only five soldiers have survived and they are in a critical condition. Security officials said they used potent narcotics to kill themselves. The troops’ motivations for suicide are not known but according to Iraqi sources the servicemen belonged to a unit of the US Airborne Division that was behind the massacre of several Iraqi families— mostly women and children – in northern Baghdad, said Ali al-Baghdadi an Iraqi security official. The suicides took place in the soldiers’ dormitory after the dinner time. “The bodies of the US troops became misshapen such a way that they looked like 5000-year mummies,” said a witness. According to Iraqi officials’ estimates, some 600 US troops, including senior officers, have committed suicide in Iraq since the invasion of the country in 2003. Half of the suicide attempts have been successful.