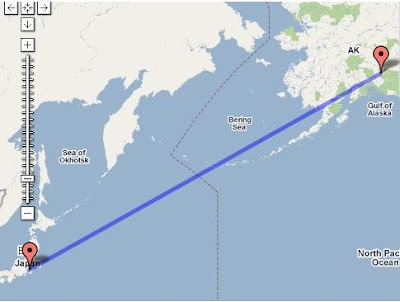 Are you a hopeless HAARPie? Do you finger HAARP at the first sign of an improbable "natural" catastrophe? Are you accused of having a "one track mind" when it comes to HAARP? It's true, there are other plausible causes, even other forms of scalar weapons and quantum potential weapons. Jane Burgermeister is the latest to fall prey to the impulse in a recent article, "Did HAARP Cause The Earthquake In Japan?". A very strong case is made, "in the case of Haiti, low frequency signals of 2,1 Hz were detected for 40 hours before the earthquake occurred while in the case of Japan something similar happened. Low frequency signals of 2,5 Hz were detected for about 55 hours before the earthquake occurred off the coast of Japan as well as for 4 hours afterwards," according to Burgermeister's facts.

The Austrian science journalist concludes, "a steady signal lasting for so many hours at such a low frequency is highly likely not caused by natural activity in space but by some type of artificial ”human-made” activity..[and]..the devastating earthquake in Japan with nuclear reactor core meltdowns as most probably ”man made” and deliberate."

Burgermeister is not alone as Stephen Lendman also questions in a recent article, "Japan's Earthquake: Natural or Engineered?" It's a straight shot from Gakona, AK where the HAARP facility is located to the coastal waters just off Japan. If it sounds like HAARP, is it HAARP?