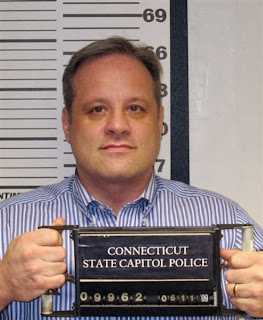 from kurt nimmo: On Friday [aug13], a jury found “National Security Intelligence” asset Hal Turner guilty of threatening to kill a judge. Prosecutors argued the former radio host threatened federal judges Richard Posner, William Bauer and Frank Easterbrook after they upheld a law banning handguns in Chicago. “Let me be the first to say this plainly: these judges deserve to be killed,” Turner posted on his website in June 2009. He also posted the judges’ phone numbers and office addresses. Two previous attempts by the government to convict Turner resulted in mistrials with deadlocked juries.

Hal Turner’s conviction and possible ten year prison term is yet another example of the government habitually burning trusted assets.

Turner was not a garden variety operative working for the FBI. He was a National Security Intelligence asset and worked for the FBI on “National Security, terrorism, foreign counterintelligence. There are people that are giving information that affects the national security of the United States, terrorism, matters that are going to affect the population or people overall, something that’s really going to hinder and hurt a large group of people or the national security of the United States,” Assistant Special Agent in Charge Amy Pickett, the third highest ranking FBI Official in New York City, said in December, 2009. His code name was “Valhalla” and “he received thousands of dollars from the FBI to report on such groups as the Aryan Nations and the white supremacist National Alliance, and even a member of the Blue Eyed Devils skinhead punk band,” according to The Record. Turner’s service was apparently so valuable to the government he was sent to Brazil where he reported a scheme to send non-military supplies to Iraqi resistance fighters.

Government burning formerly prized minions and those who follow illegal directives is nothing new. After Secretary of Defense Donald Rumsfeld issued orders to torture Iraq detainees in violation of the Geneva Conventions, a number of military personnel were prosecuted. Eleven soldiers were convicted of various charges relating to torture at Abu Ghraib. Two soldiers, Specialist Charles Graner, and his former fiancée, Specialist Lynndie England, were sentenced to ten years and three years in prison.

In 1934, Hitler betrayed and had the Gestapo murder trusted members of of the Sturmabteilung, also known as the Brownshirts, a paramilitary group responsible for engaging in terrorism and mass murder as Hitler ascended to power. “The measures taken on June 30, July 1 and 2 to suppress treasonous assaults are legal as acts of self-defense by the State,” Hitler declared after the Gestapo killed hundreds of people.

In much the same way, the formerly trusted operative Hal Turner was declared a threat to the state, although he has yet to suffer the fate of Ernst Röhm, the leader of the SA, who was assassinated.

If anything, the case of Hal Turner should serve as a warning to those considering cooperating with the government in its ongoing effort to infiltrate and “neutralize” — as the late FBI boss J. Edgar Hoover characterized the actions of his COINTELPRO — any organized opposition to the establishment.