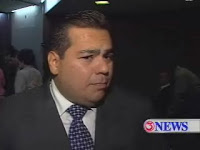 from judicial watch: An influential Democratic donor who has given Hillary Clinton’s presidential campaign the federal limit and has been indicted for illegally practicing law, had his offices raided by authorities who say he launders money for Mexican drug cartels. Renowned in ritzy Corpus Christi circles, Mauricio Celis has for years been one of Texas’ most generous Democratic donors, but the millionaire businessman has been the center of an ongoing criminal investigation that involves his deep-rooted ties to Mexico’s lucrative drug-smuggling industry.

from brad blog: Early research into New Hampshire wards and towns which used Diebold's AccuVote Optical-Scan voting machines during last week's Primary reveals that chronic problems continue with the company's infamous paper-ballot voting machines. As well, the preliminary investigation reveals a great deal of confusion and conflicting information from local election clerks and a high-ranking official in the state Attorney General's office regarding protocols and security procedures for voting systems and memory cards, and how they are to be handled during Election Day failures.

paul beats rudy & fred, again
from los angeles times: Well, he's hanging in there. Not only that, but Rep. Ron Paul thumped two reputed Republican heavyweights in the Michigan primary - former Sen. Fred Thompson of Tennessee and former New York Mayor Rudy Giuliani... Paul's website and new campaign blog claim to have quietly organized more than 7,800 precinct captains around the country. Meantime, Giuliani's top staff is going unpaid this month to save dwindling funds. Is there a pattern here?

ron paul: the mysterious US candidate

from russia today: The lack of media coverage has turned Ron Paul into the ghost candidate in this race for the White House. And one can't help but wonder why the Texas Congressman doesn't get much air-time, despite all the hype? ... his supporters say it's not that Paul is not presidential material but that the American system no longer values freedom as much as it used to.

Paul is in a solid fourth, increased his percentage lead over Giuliani by 300% in Michigan, and should stay in fourth through SC and NV, where Thompson and Giuliani will close the gap in each state. In other news, the latest CNN/Politico/LA Times California poll has Paul at 8%, with no candidate garnering more than 20% in the poll. The poll had a huge margin of error (6%), which makes Paul and four other candidates technically tied in the Golden State.

who do the kids of america want to be president?
from raw replay: Legendary newsperson Linda Ellerbee takes a closer at what the kids of America think about the 2008 presidential race. The following video is from Nickelodeon’s The Kids Primary, broadcast on January 13, 2008 (jump to the 13m mark for the ron paul segment)

(262kb PDF) refused to give Dennis Kucinich a seat at the debate, a small band of his supporters marched to a far corner of a parking lot outside the Cashman Center, where supporters of the three major candidates had gathered. Spectators soon realized that Kucinich was among them. He said: “The fact of the matter is, NBC is owned by General Electric. General Electric makes power plants. General Electric wants to make sure there is a place to dump the waste.”

from the peoples voice: The United States political process bears an uncanny resemblance to mainstream filmmaking. Elections and speeches are scripted to the letter, politicians put on a tirelessly rehearsed act, catering endlessly to the whims of the target audience. A successful Hollywood filmmaker can't afford to risk raising issues in a way that don't immediately reflect audience sympathies. Good politicians vying for votes are similar in that they speak according to the already existing expectations - and prejudices - of the voting public. 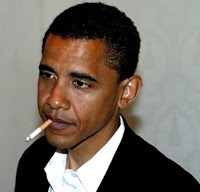 from across the aisle: My fellow blogger David Isenberg noted below that Senator Obama should reject the advice of Zbigniew Brzezinski, President Carter’s national security adviser. The basis for David’s statement is the advice Brzezinski gave Carter in the 1970’s on U.S.-Pakistan relations. Brzezinski urged Carter to prioritize Pakistani assistance for U.S. efforts in Afghanistan over nuclear proliferation concerns.
related: obama & his warmonger cabinet