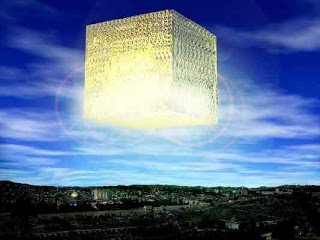 from henry makow: A Munich-based historian Wolfgang Eggert, 46, has launched an Internet petition to demand action on powerful Jewish and Christian cults that want to instigate a nuclear holocaust to fulfill Biblical prophesy.

He thinks religious fanatics must be exposed and removed from power. He points to the Jewish Chabad Lubavitcher sect who want to hasten Armageddon to facilitate the intervention of the Messiah. Eggert quotes a Lubavitcher rabbi who says:”the world is waiting for us to fulfill our role in preparing the world to greet Moshiach” (i.e. Messiah.)

Their members include Paul Wolfowitz, the architect of the Iraq War which began with an attack named after a Cabalist diety, “Shekinah” (“Shock and Awe“). Especially worrisome now is Chabadnik Joe Lieberman who visited Israel in March with his buddy John McCain. There is concern over Sen. Carl Levin who is Chair of the Senate Armed Services Committee. Other prominent Orthodox Jews who might be part of this cult include Bush Attorney General Michael Mukasey, Homeland Security Director Michael Chertoff and former Pentagon Controller Dov Zakheim, implicated in the disappearance of “trillions” of dollars.

While the Chabad Lubavitchers are his focus, Eggert is also concerned about Christian Evangelists like Jack Van Impe and Timothy LaHaye who are close to the Bush administration. Their desired scenario includes the destruction of the al-Aqsa mosque, the restoration of the Third Temple on its site; the rising to heaven of the 144,000 Chosen Ones; the battle of Armageddon; mass death among Israeli Jews and the Final Coming of Jesus Christ.