from west linn tidings: The federal government is charging that Peter Egner is a Nazi war criminal. His friends in West Linn cannot believe it. It came as a shock to them last week when the Department of Justice issued an announcement that it is requesting that Egner’s citizenship be revoked for lying about his service with a notorious SS mobile killing unit. The charges listed in the DOJ complaint are of the utmost severity: During Egner’s service in the organization in 1941 and 1942, the Einsatzgruppe was responsible for the deaths of more than 17,000 Serbian civilians – Jewish men, women and children, communists, suspected communists and Gypsies.

aipac founder's files reveal shift to stealth lobbying
from prnewswire: Six decades ago Americans working as registered Israeli foreign agents launched New York, Washington and Los Angeles "Israel Office of Information (IOI)" branches. Newly declassified records document IOI actions that forever changed foreign government lobbying on Capitol Hill. The 1938 Foreign Agents Registration Act (FARA) was strictly enforced at that time to shield the US Congress and American citizens from the effects of foreign propaganda and stealth lobbying. FARA required biannual disclosure of all propaganda activities on behalf of foreign principals to the DOJ. Beleaguered by reporting requirements and citations for deficient declarations, IOI director Isaiah L. Kenen coordinated shifting Israel lobbying away from FARA oversight, as he later noted in his book Israel's Defense Line: "Israelis began looking for a lobbyist to promote the necessary legislation...would I leave the Israeli delegation for six months to lobby on Capitol Hill? ... There were other questions. Should I continue my registration as an agent of the Israel government? Was it appropriate for an embassy to lobby? Embassies talked to the State Department, and American voters talked to their congressmen." 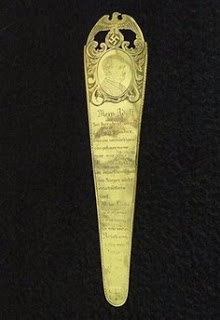 from dpa: A man was charged in the United States on Wednesday with trying to sell a golden bookmark once given to Adolf Hitler to cheer him up after losing the Battle of Stalingrad. Christian Popescu, 37, of Kenmore, Washington, was arrested after FBI agents posing as potential buyers set up a meeting to purchase the 18-carat-gold artifact in a Starbucks parking lot, the US Justice Department said. Hitler's companion, Eva Braun, is believed to have given the bookmark to the dictator after the Soviet Red Army defeated Nazi German forces in the 1943 battle for Stalingrad, a key turning point in the war on the Eastern Front. 'My Adolf, don't worry. The mischievous event with Paulus was only an inconvenience that will not break your certainty of victory,' said the bookmark's inscription in German, referring to the German Army general who lost the battle. 'My love for you will be eternal, just like our Reich.' It features a side view of Hitler's face below an eagle clutching a swastika.

(...and coincidentally, there just happens to be a new nazi movie coming out now, too...)

vatican to keep hitler’s pope papers secret
from tribune magazine: Archival material pertaining to the pontificate of Pius XII – the man known as “Hitler’s Pope” – will not be disclosed to the public within the next six or seven years, the Vatican has announced. In response to a request by Rabbi David Rosen, director of the American Jewish Committee’s Department for Interreligious Affairs, who was received last weekend at the Vatican by Pope Benedict XVI, the Reverend Federico Lombardi said that while requests to make the wartime archive available were “understandable” it would take “six or seven years” to prepare the 16 million documents. But Rabbi Rosen added that Benedict XVI would give “serious consideration” to his request not to proceed with the beatification of Pius XII, the penultimate step to canonisation, until the archives have been opened. The papacy of Pius XII from 1939 to 1958 was extremely controversial and continues to plague the Vatican today.

from ria novosti: The UN General Assembly on social and humanitarian issues has adopted a draft resolution proposed by Russia on tackling a rise in the glorification of Nazism and the desecration of WWII monuments. The draft resolution on "combating racism, racial discrimination, xenophobia and related intolerance," is aimed at tackling the practice in the former Soviet republics of Latvia and Estonia of honoring SS veterans who fought for Nazi Germany during WWII. "Nazi monuments are unveiled in a ceremonial atmosphere and the dates of liberation from the Nazis are proclaimed as days of mourning," Russia's UN representative, Grigory Lykyantsev, told the UN, adding that "this attitude towards anti-fascist veterans plays into the hands of those who call for 'a pure race.'" The resolution was passed with 122 countries voting in favor, while 54 delegations abstained, including Ukraine, Estonia and Latvia. Only the U.S. voted against. The resolution is now practically guaranteed to be adopted at the next UN General Assembly session in December.

from ap: Documents released Tuesday [dec2] from the Nixon years shed new light on just how much the Nixon White House struggled with growing public unrest over the protracted war in Vietnam. Newly released information Tuesday from Richard M. Nixon's years in the presidency includes nearly 200 hours of White House tape recordings and 90,000 pages of documents. A newly declassified memo to Nixon from his secretary of defense at the time reflects just how much the administration felt and discussed public pressure — even as it weighed U.S. geopolitical strategy — in anguished internal debate over war policy.

(...and again, it's just coincidence that there's a movie coming out about all this...)

evidence suggests cia funded experiments at state hospital
from rutland herald: Few people in Vermont remember Dr. Robert W. Hyde, but one of his former patients can’t forget him. The doctor was involved in one of the nation’s darkest chapters in medical science: In the 1950s, Hyde conducted drug and psychological experiments at a Boston hospital through funding that apparently originated with the CIA. Later, he became director of research at the Vermont State Hospital. The patient, Karen Wetmore, is convinced that Hyde and other researchers subjected her and possibly other patients to experiments paid for by the CIA at the Waterbury facility. In addition to her claim, new evidence, though incomplete, suggests that such tests might have been conducted at the Vermont State Hospital. Several books and numerous newspaper accounts have detailed how techniques developed through testing, including on mental health patients at hospitals in other parts of the country, are related to the interrogation methods used in Guantanamo and other locations in the war on terror. These well-known and well-documented drug experiments began in secret after the Korean War and were sponsored by the U.S. government. News accounts and histories of the experiments have not mentioned the Vermont State Hospital, but a congressional committee concluded that dozens of institutions, some of which have never been identified, were involved in secret experiments for the CIA. 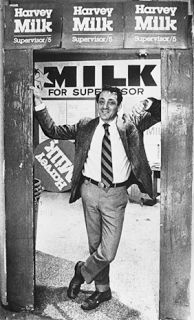 from alex constantine: The murders of Moscone and City Supervisor Harvey Milk had all the earmarks of mind control. Dan White, their assassin, had been a paratrooper in the 173rd Airborne Division, in which capacity he served in Vietnam. He was discharged from Fort Bragg in 1967, returned to San Francisco and joined the police department. He lived in Sausolito, drove a Porsche and generally lived far beyond his means. In 1972 he gave it all up and took a vacation since known as White's "missing year." Back in San Francisco, he joined the fire department. His temper tantrums were an embarrassment to co-workers, though his work record was without blemish. In his run for the Board of Supervisors, White spoke as if he was "programmed," according to Stan Smith, a local labor leader. During Board sessions, White was known to slip into lapses of silence punctuated by goose-stepping walks around the chambers. White used illegal hollow-point bullets. After Milk's body was cremated, the ashes were enshrined at his prior direction with bubble bath, signifying his homosexuality, and several packets of Kool-Aid, a clue that Milk left behind, per the will he'd revised a week before the shootings, to signify Jim Jones of the People's Temple, a CIA mind control experiment that ended with the destruction of 1200 subjects. "I can be killed with ease," Milk noted in a poem written the month he died, "I can be cut right down." In his new will, he wrote: "Let the bullets that rip through my brain smash every closet door in the country."

behind the infamous 'twinkie defense'

the 30 greatest conspiracy theories in history 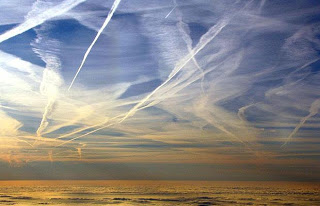 the irony of george carlin being bleeped, posthumously, at awards 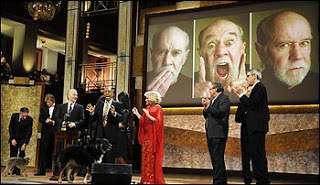 from washington post: George Carlin's "Seven Words You Can Never Say on Television" was so far ahead of its time - or maybe just so plain profane - in 1972 that you still can't utter the Big Seven on prime-time broadcast television, or read them in a fine upstanding newspaper such as this one. And as it happens, you can't necessarily hear them at the Kennedy Center, either. The center, which programs many high-minded acts and shows, has no specific prohibition on profanity or nudity, and has occasionally hosted events that have had both... "We do not censor the art on our stages," spokesman John Dow says. People who attended the Mark Twain Prize for American Humor ceremony this week, however, got a bleepin' earful when a clip was shown of Carlin, the night's posthumous honoree, doing the "Seven Words" routine. But in place of the those words - which Carlin famously described as the ones that will "infect your soul, curve your spine and lose the war for the Allies" - came . . . bleeps. Lots and lots of bleeps - a veritable censorious symphony of them.