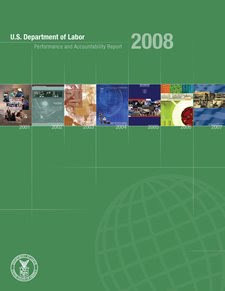 from bloomberg: More Americans are collecting jobless benefits than at any time in the last 26 years as companies rush to cut costs in a sinking economy. The number of people on unemployment benefit rolls rose to 4.09 million in the week ended Nov. 22, the most since December 1982, the Labor Department said today in Washington. A separate report showed orders at U.S. factories tumbled in October by the most in eight years as demand collapsed at home and abroad. AT&T Inc., DuPont Co. and Viacom Inc. today announced plans to eliminate more than 15,000 jobs as consumer spending falters and the recession deepens. The Labor Department tomorrow will report that the U.S. unemployment rate jumped to a 15-year high of 6.8 percent in November, according to the median forecast in a Bloomberg survey of economists. “Businesses are battening down the hatches,” Stuart Hoffman, chief economist at PNC Financial Services Group Inc. in Pittsburgh, said in a Bloomberg Television interview. “Job losses are going to continue to accelerate.”

at&t will cut 12k jobs
from afp: US telecommunications giant AT&T announced Thursday it was cutting 12,000 jobs and slashing capital spending due to an economic downturn. The Dallas, Texas-based company said the "planned reduction of approximately 12,000 jobs, or about four percent of the company's total workforce" would occur in December and throughout next year. The job cuts stemmed from "economic pressures, a changing business mix and a more streamlined organizational structure," it said in a statement. AT&T also wants to cut its 2009 capital expenditures, with details to be provided in late January when the company releases its fourth-quarter results. The company said 600 million dollars in severance pay would be given to affected employees.

jpmo to cut 9,200 jobs at wamu
from cnn/money: JPMorgan Chase said Monday it plans to lay off 9,200 employees at Washington Mutual, the failed savings and loan that the New York City-based banking giant bought in September. Once the largest savings and loan in the country, Seattle-based WaMu collapsed because of bad bets on mortgages, resulting in the largest bank failure in U.S. history. At of the end of the third quarter, JPMorgan Chase reported that Washington Mutual had nearly 42,000 employees. So the 9,200 job cuts represent more than 20 percent of WaMu’s head count at the time that it failed. JPMorgan will slash 3,400 WaMu employees in Seattle, Washington, according to JPMorgan Chase spokeswoman Christine Holevas. That comes on top of the 1,600 job cuts in Pleasanton and San Francisco, California, which the company announced last week. The remaining 4,200 cuts will come from Washington Mutual offices nationwide, Holevas said. But she added that most branch workers will keep their jobs: Most of the layoffs will be at the corporate level.

portland-area temp workers losing jobs
from oregonian: Temp workers are losing jobs in droves, according to state figures released Monday [nov24] that pegged the greater Portland area's unemployment rate at 6.9 percent in October. The seasonally adjusted jobless rate, up from September's 5.8 percent, is the highest since mid-2004, when the region was emerging from the 2001-2003 recession. But it's lower than the state's rate of 7.3 percent in October... About 75,800 Portland-area residents were unemployed and looking for work in October, up 23,200 from a year ago. The relatively diverse Portland economy tends to have a lower unemployment rate than the state as a whole, because it has less agriculture and fewer seasonal workers, Vander Vliet said. People keep moving into the area despite the lack of job growth, she said, and Oregonians who lose jobs tend not to leave the state.

from ap: Sgt. Ryan Nyhus spent 14 months patrolling the deadly streets of Baghdad, where five members of his platoon were shot and one died. As bad as that was, he would rather go back there than take his chances in this brutal job market. Nyhus re-enlisted last Wednesday and in so doing joined the growing ranks of those choosing to stay in the U.S. military because of the bleak economy. "In the Army, you're always guaranteed a steady paycheck and a job," said the 21-year-old Nyhus. "Deploying's something that's going to happen. That's a fact of life in the Army — a fact of life in the infantry." In 2008, as the stock market cratered and the housing market collapsed, more young members of the Army, Air Force and Navy decided to re-up. While several factors might explain the rise in re-enlistments, including a decline in violence in Iraq, Pentagon officials acknowledge that bad news for the economy is usually good news for the military. In fact, the Pentagon just completed its strongest recruiting year in four years.

protesters chant 'bailout is a sellout' as big 3 execs testify
from raw story: Protesters were escorted from a Senate hearing room Thursday, chanting "the bailout is a sellout" as executives from the Big Three automakers requested $34 billion in taxpayer funds they said was necessary to prevent collapse. About 18 people were escorted from the Senate Banking Committee hearing. "The bailout is a sellout. The poor are suffering ... the homeless, the hungry, they're suffering," the protesters chanted as Capitol Police escorted them from the room. Before the outburst, Sen. John Tester (D-MT) was questioning the auto executives and criticizing President Bush's policies. "I hope this doesn't count against my time," he quipped. It's unclear who organized the protesters, but none appeared to be dressed in the rosy garb that has been a trademark of Code Pink, the anti-war group that regularly interrupts House and Senate hearings with protests.

cnn censors federal reserve rant?
from paul joseph watson: Technical difficulties or deliberate censorship? CNN does not usually afford a soapbox to Peter Schiff because he’s one of a rare breed of financial analysts, he can actually identify the root of the problem - the Federal Reserve. So when Schiff was cut off during the height of his rant against the Fed, many of our readers questioned whether it was a deliberate act of sabotage.