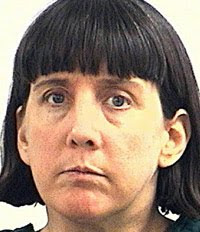 The twisted tales of Joe Stack & Amy Bishop are still developing stories of suspicious activities, too much to go into here ... Go to Cryptogon for a great archive of all the uncomfortable updates on Dr. Bishop, but for now, here's a thumbnail sketch...

from boston globe: The professor who is accused of killing three colleagues at the University of Alabama on Friday [feb12] was the main suspect in the attempted mail bombing of a Harvard Medical School professor and a Massachusetts police chief revealed Saturday that Bishop had fatally shot her brother in 1986... During a search of Bishop's computer, authorities found a draft of a novel that Bishop was writing about a female scientist who had killed her brother and was hoping to make amends by becoming a great scientist, according to a person who was briefed on the investigation and spoke to the Globe on the condition of anonymity.

Now, the story of Joe Stack & another plane crashing into a building happened today, so all the dirt is slowly surfacing - such as the prior warnings, the hazmat teams being in place before the crash & surely we'll see this connected to tea party terronoia & homegrown errorism; go to legitgov for an archive of oddities, but for now a quick rundown... 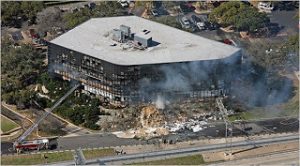 from ap: A software engineer furious with the Internal Revenue Service launched a suicide attack on the agency Thursday by crashing his small plane into an office building containing nearly 200 IRS employees, setting off a raging fire that sent workers running for their lives... The FBI tentatively identified the pilot as A. Joseph Stack III, 53. Law enforcement officials, speaking on condition of anonymity because the investigation was still going on, said that before taking off, Stack apparently set fire to his house and posted a long anti-government screed on the Web. It was dated Thursday and signed "Joe Stack (1956-2010)." In it, the author cited run-ins he had with the IRS and ranted about the tax agency, government bailouts and corporate America's "thugs and plunderers." .. "I have had all I can stand," he wrote, adding: "I choose not to keep looking over my shoulder at 'big brother' while he strips my carcass."