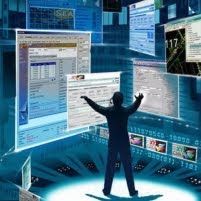 from allgov: The Department of Homeland Security (DHS) has been secretly working on technology that can tip off law enforcement about those planning to commit a crime. Part profiling, part advanced mathematics, the Future Attribute Screening Technology (FAST) is described as a “pre-crime” system by DHS. The program uses ethnicity, gender, breathing, eye tracking and heart rate to formulate a system for spotting criminals before they strike. According to the official description, the prototype contains “a suite of real-time, non-invasive sensor technologies to detect cues indicative of mal-intent (the intent or desire to cause harm).” A classified DHS document reportedly indicated that the controversial idea is already being tested on some members of the public voluntarily. If the technology proves reliable, the government might try using it at airport checkpoints, border crossings, sea ports or major sporting events.