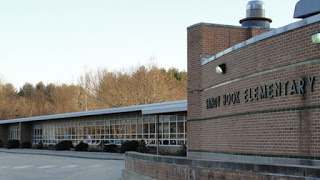 How Sandy Hook Massacre Went Down

Andrew McGregor, a constable from Australia, writes his theory of "How the Sandy Hook Massacre went down." An overall picture of how crime transpired provides more intelligent examination of few known facts. McGregor does fantastic job taking you from start to finish with insights on how government agencies work!   The argument made by McGregor, Sandy Hook was an FBI operation.  Two interesting observations, are perhaps, source of firearms when McGregor asks, "so, did these firearms selected to be left at the scene of the massacre actually belong to the victim, Nancy Lanza?  It would have been extremely unlikely, but what would be more likely would be that these firearms would have been placed on Connecticut’s firearm registry in Nancy Lanza’s name by someone from the FBI Counter-Terrorist section."   The other observation concerns protocol between agencies, when McGregor asks obvious question with an obvious answer in his estimation,  "how do we know that the FBI agents were in Rodia’s vehicle? That is easy to answer. Neither of the two men arrested by police at the Sandy Hook Elementary School were carrying identification. Nobody knows who they were, and once returned to the local police station, the FBI would have turned up and required these men to be handed over to them."

"How do we know that the Sandy Hook Massacre was an FBI operation? There is a choice of two possibilities. Either Sandy Hook was another ‘Lone-nut’ gun massacre committed by Adam Lanza or it was an FBI operation. Once you comprehend that Adam Lanza was shot after police arrived at the Sandy Hook Elementary school, and yet the main murder weapon, the ‘.223 Bushmaster’, the No. 6 on the gun ban list, was initially found in the trunk of Nancy Lanza’s Honda sedan, then it is impossible for Adam Lanza to have been the gunman.

All leads to the identity of these two FBI agents would vanish, and in time people would be conditioned to simply remember the ‘Lone-nut’ gunman who was ‘suicided’ at the scene of the Sandy Hook Massacre."

McGregor makes coherent arguemnt!  Aren't you insulted yet by another "lone nut" conspiracy perpetrated on the public?