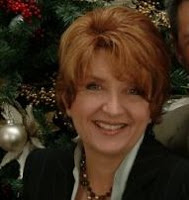 from tampabay.com: The new year brought a big surprise for the Church of Scientology: One of its most respected and widely known figures went public in dramatic fashion, calling for internal reforms and decrying heavy-handed fundraising practices she says have allowed the church to amass reserves of more than $1 billion. With an email blast to thousands of current and former Scientologists late Saturday, Debra J. Cook quickly emerged from a quiet private life in San Antonio, Texas. Her message contained a bombshell of a letter urging parishioners to start pushing back against the church’s aggressive money demands. Cook was a prominent figure in the church’s Clearwater operation for 17 years. Her strong reputation within Scientology brings new credibility to a growing movement, now more than two years old, to reform the church.

You can read more on Debra Cook’s email at the Tampa Bay Times, and see their 2009 Scientology report “Inside the Money Machine“