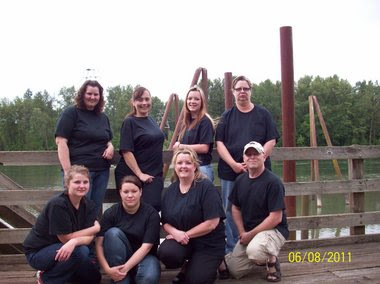 in oregon, searching for ghosts & taking care of the indigent dead

from oregonian: Not long after the Paranormal Researchers of Oregon Society banded together early this year, the members decided that in addition to investigating strange events and places, they wanted to find a way to give back. They needed a charity. Founder Mark Miner had a suggestion: the Oregon Indigent Burial Fund. "Everyone knew at that moment that this was the one for us," Miner said. "It fit with us all the way around. If we can't help the spirits find their peace through research, then we can do it through their burial." The state of Oregon, which administers the fund, would be glad to have the help -- as soon as the lawyer says it's legal to accept the donation and someone figures out how such a donation would be spent. The fund reimburses funeral providers for cremating the 250 to 300 bodies of those people who are not claimed by relatives or friends every year throughout the state. "It's terrible to turn down money, so we're trying to find a way to accept," said Christine Stone, spokeswoman for the public health section of the Department of Human Services. Miner, 42, an Albany writer, said he has long been interested in forming a group that would look into paranormal activity "geared toward the science of finding proof."