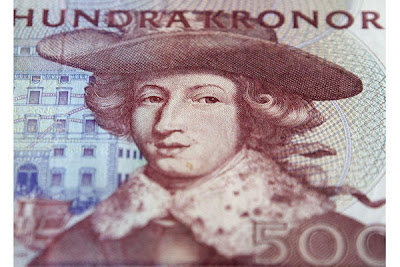 In Sweden, Cash Is King No More 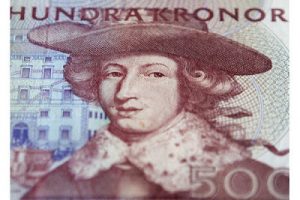 from ap: Sweden was the first European country to introduce bank notes in 1661. Now it's come farther than most on the path toward getting rid of them. "I can't see why we should be printing bank notes at all anymore," says Bjoern Ulvaeus, former member of 1970's pop group ABBA, and a vocal proponent for a world without cash. The contours of such a society are starting to take shape in this high-tech nation, frustrating those who prefer coins and bills over digital money. In most Swedish cities, public buses don't accept cash; tickets are prepaid or purchased with a cell phone text message. A small but growing number of businesses only take cards, and some bank offices — which make money on electronic transactions — have stopped handling cash altogether.

"There are towns where it isn't at all possible anymore to enter a bank and use cash," complains Curt Persson, chairman of Sweden's National Pensioners' Organization. He says that's a problem for elderly people in rural areas who don't have credit cards or don't know how to use them to withdraw cash. The decline of cash is noticeable even in houses of worship, like the Carl Gustaf Church in Karlshamn, southern Sweden, where Vicar Johan Tyrberg recently installed a card reader to make it easier for worshippers to make offerings. "People came up to me several times and said they didn't have cash but would still like to donate money," Tyrberg says.

Bills and coins represent only 3 percent of Sweden's economy, compared to an average of 9 percent in the eurozone and 7 percent in the U.S., according to the Bank for International Settlements, an umbrella organization for the world's central banks. Three percent is still too much if you ask Ulvaeus. A cashless society may seem like an odd cause for someone who made a fortune on "Money, Money, Money" and other ABBA hits, but for Ulvaeus it's a matter of security.