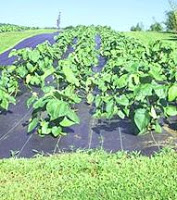 from raw story: An act to legitimize hemp farming has been introduced in Congress, according to a press release.

“For the second time since the federal government outlawed hemp farming in the United States,” the release states, “a federal bill has been introduced that would remove restrictions on the cultivation of non-psychoactive industrial hemp.”

The bill “would give states the right to regulate farming of the versatile hemp crop,” the release says.

“It is indefensible that the United States government prevents American farmers from growing this crop,” the release quotes Rep. Paul. “The prohibition subsidizes farmers in countries from Canada to Romania by eliminating American competition and encourages jobs in industries such as food, auto parts and clothing that utilize industrial hemp to be located overseas instead of in the United States.”

Paul states that the passing of the act would “help American farmers and reduce the trade deficit – all without spending a single taxpayer dollar.”

The release cites fifteen states which have passed pro-hemp legislation, including seven (Hawaii, Kentucky, Maine, Maryland, Montana, North Dakota and West Virginia) which “have removed barriers to its production or research.” Rep. Paul’s bill would, the statement continues, “remove federal barriers and allow laws in these states regulating the growing and processing of industrial hemp to take effect.”

A hemp activist leader, quoted in the release, asserts that “the DEA has taken the Controlled Substances Act’s antiquated definition of marijuana out of context and used it as an excuse to ban industrial hemp farming” and says passage of the new act “will bring us back to more rational times when the government regulated marijuana, but told farmers they could go ahead and continue raising hemp just as they always had.”

The press release is available in full at this site.

One response to “industrial hemp farming act introduced in congress”