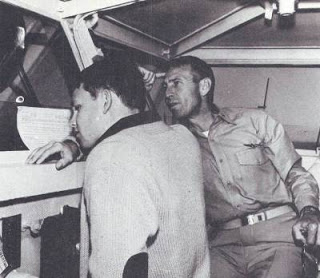 ‘Inside Laurel Canyon: The Strange but Mostly True Story of Laurel Canyon and the Birth of the Hippie Generation’

David McGowan wonders in print on origins of sixties movement in 21-part series, "The Strange but Mostly True Story of Laurel Canyon and the Birth of the Hippie Generation."   In part 2, McGowan poses question to readers that guides focus of entire series:

"Here we will, as you have no doubt already ascertained, take a decidedly different approach. The question that we will be tackling is a more deeply troubling one: 'what if the musicians themselves (and various other leaders and founders of the ‘movement’) were every bit as much a part of the intelligence community as the people who were supposedly harassing them?' What if, in other words, the entire youth culture of the 1960s was created not as a grass-roots challenge to the status quo, but as a cynical exercise in discrediting and marginalizing the budding anti-war movement and creating a fake opposition that could be easily controlled and led astray? And what if the harassment these folks were subjected to was largely a stage-managed show designed to give the leaders of the counterculture some much-needed ‘street cred’? What if, in reality, they were pretty much all playing on the same team?"

In part 4, McGowan identifies key figures Jim Morrison and Frank Zappa not losing sight or writing off  their backgrounds as simple "youth rebellion":

Let’s suppose, hypothetically speaking, that you are the young man in the photo... and you have recently arrived in Laurel Canyon and now find yourself fronting a band that is on the verge of taking the country by storm. Just a mile or so down Laurel Canyon Boulevard from you lives another guy [Frank Zappa] who also recently arrived in Laurel Canyon, and who also happens to front a band on the verge of stardom. He happens to be married to a girl [Gail Zappa nee Sloatman] that you attended kindergarten with, and her dad, like yours, was involved in atomic weapons research and testing (Admiral George Morrison for a time did classified work at White Sands). Her husband’s dad, meanwhile, is involved in another type of WMD research: chemical warfare."

Your view of the sixties will change after tour of Laurel Canyon in route to Wonderland Ave and Lookout Mountain with the author!   McGowan expects a book out sometime, late this year!