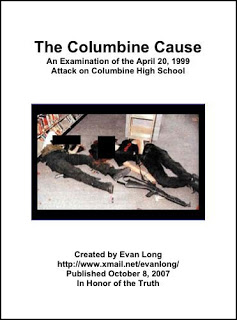 interview w/ evan long of ‘the columbine cause’

did you know that whenever a witness identified someone besides eric harris or dylan klebold by name as having been an attacker, the name was redacted in the 'official' reports?

did you know that the lead fbi investigator's son, not only helped found the 'trench coat mafia', but also made a 'parody' video showing the destruction of the school 2yrs before the massacre actually happened?

it's questions like these & many other discrepancies that are at the heart of evan long's feature-length investigation into 'the columbine cause.'

evan joined us via skype to talk about shooters, copycats, false flag terror & much more on this special interview episode from media monarchy.