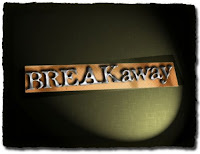 Sean Casteel, veteran UFO researcher, suspects in recent article there…“Is A “Breakaway Civilization” Behind The Mysterious Secret Space Program?“ Casteel, co-author of new book, “The Secret Space Program Who Is Responsible?“, interviewed Richard Dolan, who uses term “Breakaway Civilization” to designate what he suspects is a group of humanity who appropriated secret technology for themselves. Dolan describes process in simple terms how this could happen:

“‘I think this is something that is real,’ Dolan said. ‘Now, my theory of it is that it originated in really in post-World War II society, but there’s nothing preventing such a thing from having happened earlier. The basic idea of the ‘breakaway civilization’ is simply that you have a secret group, a classified group of people, with access to radically advanced technology, radically advanced science, and they just don’t share it with the rest of the world…'”

This is also message of present book co-authored with Timothy Green Beckley, Tim R Schwartz and Commander X …“a secret society consisting of scientists of various disciplines have banded together to create the means of our traveling to both the moon and Mars and constructing artificial buildings, even literal life-supporting bases of operation, for whatever purpose.”

Casteel also suggests case of Gary McKinnon lends support when “…the Scottish-born computer hacker who in the thirteen months between February 2001 to March 2002 hacked into 97 US military and NASA computers, using the name ‘Solo,‘” to view documents that seem to fit only a secret program. McKinnon revealed in the past, he found lists of officer names under heading of “Non-terrestrial Officers,” and from article:

“I found a list of ‘fleet-to-fleet’ transfers and a list of ship names. I looked them up. They weren’t US Navy ships. What I saw made me believe they have some kind of spaceship, off-planet..In a later interview with the BBC, McKinnon also claimed that ‘there are some very credible, reliable people all saying that yes, there is UFO technology, there’s anti-gravity, there’s free energy, and it is extraterrestrial in origin. They’ve captured a spacecraft and reverse-engineered it.’.”

“If McKinnon’s claims about NASA and the US Navy are true, they may serve as concrete proof of some of the mythology that has grown up around the belief in a secret space program,” concludes Casteel. Rightfully So. The high Pentagon interest in McKinnon exposes real importance of what was seen on their computers. McKinnon may even know more than publicly shared? A previous entry on McKinnon provides additional details here. Richard Dolan shares his view on “Breakaway Civilization.” Ground Zero Live host, Clyde Lewis, discussed saucers and breakaway civilization with co-authors Beckley and Schwartz this past week in an excellent program! The present writer can only agree and wish we knew more about a breakaway civilization!