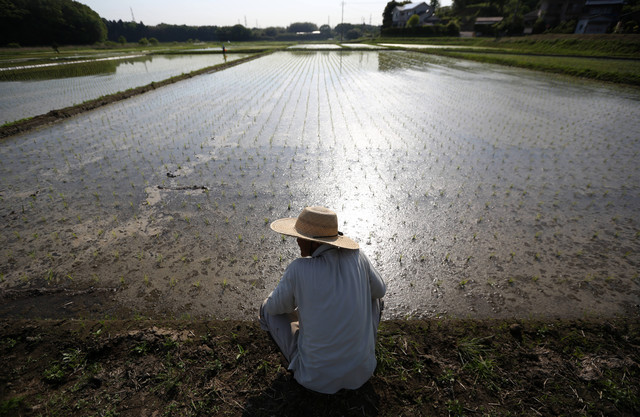 from theland.com.au: Japanese Prime Minister Shinzo Abe's government has approved a plan to end a four-decade long policy that has helped to sustain the nation's 1.2 million rice farms.

The gentan system, which has paid landowners to reduce crops since 1970, will be dismantled by the end of the ­fiscal year through March 31, 2019, Agriculture Minister Yoshimasa Hayashi told reporters in Tokyo on Tuesday.

The change may spur consolidation of small paddies into larger fields as Abe seeks to increase agricultural ­efficiency and remove hurdles to his pursuit of free-trade pacts including the Trans-Pacific Partnership. The ­subsidies support a typical Japanese farmer, who is a 70-year-old man living off pension payments, part-time work and sales of the grain, data from the Norinchukin Research Institute shows.