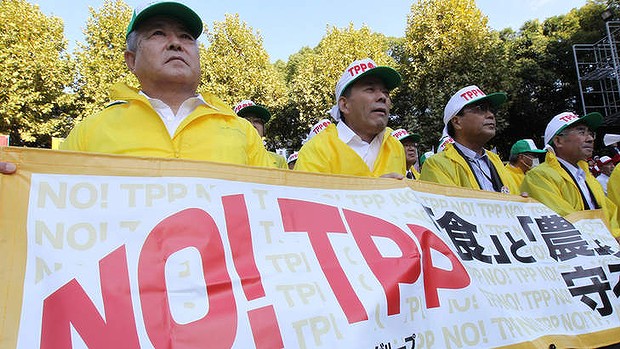 from houseofjapan.com: Japan and the United States moved no closer
to an early conclusion of the Trans-Pacific Partnership free trade pact
in ministerial talks Saturday, remaining divided over thorny farm
produce and auto trade issues.

Both governments will "continue to work" on narrowing the
gaps ahead of an upcoming plenary ministerial meeting in Singapore,
Japanese TPP minister Akira Amari told reporters after meeting with U.S.
Trade Representative Michael Froman in Washington.


Amari said
bilateral negotiations with the United States on the TPP had been
"deadlocked" since top officials from both governments met on the
sidelines the World Economic Forum in Davos, Switzerland, last month.