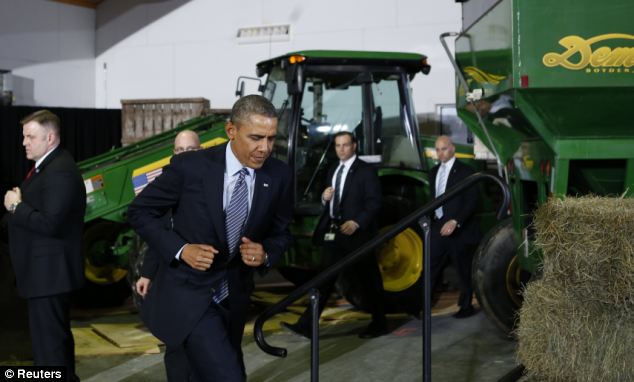 from dailymail.co.uk: The federal government pays for a $15 million 'wool trust fund,' runs a $170 million program to protect catfish growers from overseas competition, sets aside $3 million to promote Christmas trees, funds another $2 million to help farmers sell more sheep, and plunks down $100 million researching how to get Americans to buy more maple syrup. And that spending is just three one-hundredths of one per cent of the Farm Bill that President Barack Obama signed Friday in Michigan. Liberal and conservative watchdogs alike are hopping mad at what they say are pork-barrel projects included in the five-year agriculture spending law as home-state perks to lawmakers that are unneeded or redundant. There's a new 15-cent levy on every live-cut Christmas tree, a proposal that Agriculture Secretary Tom Vilsack had blocked but will now be beyond his control. Tree growers will put the money into a fund for 'industry-funded promotion, research, and information program[s],' but the cost will inevitably be passed on to consumers.