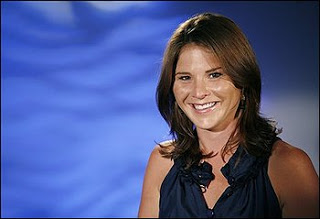 from washington post: NBC's "Today" show has hired someone with White House experience as a new correspondent - former first daughter Jenna Hager. The daughter of former President George W. Bush will contribute stories about once a month on issues like education to television's top-rated morning news show, said Jim Bell, its executive producer. Hager, a 27-year-old teacher in Baltimore, said she has always wanted to be a teacher and a writer, and has already authored two books. But she was intrigued by the idea of getting into television when Bell contacted her. "It wasn't something I'd always dreamed to do," she said. "But I think one of the most important things in life is to be open-minded and to be open-minded for change."