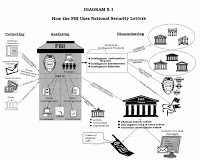 from ap: A federal judge struck down parts of the revised USA Patriot Act on Thursday, saying investigators must have a court’s approval before they can order Internet providers to turn over records without telling customers.

U.S. District Judge Victor Marrero said the government orders must be subject to meaningful judicial review and that the recently rewritten Patriot Act “offends the fundamental constitutional principles of checks and balances and separation of powers.”

The American Civil Liberties Union had challenged the law, complaining that it allowed the FBI to demand records without the kind of court order required for other government searches.

The ACLU said it was improper to issue so-called national security letters, or NSLs – investigative tools used by the FBI to compel businesses to turn over customer information – without a judge’s order or grand jury subpoena. Examples of such businesses include Internet service providers, telephone companies and public libraries.