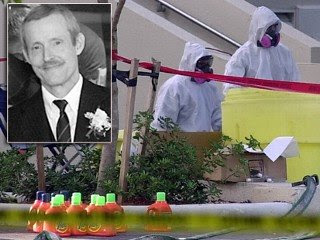 from dpa: The US Justice Department Wednesday said it was convinced that a top government scientist who committed suicide last week was the sole person responsible for the deadly 2001 anthrax attacks that terrified the nation.

Bruce Ivins was set to be indicted last week for the anthrax-laced mailings, sent only weeks after the September 11, 2001, terrorist attacks. The department earlier Wednesday unsealed hundreds of court documents it believed proved that Ivins had sent the letters.

'We believe that, based on the evidence we have collected, we could prove his guilt to a jury beyond reasonable doubt,' said Jeffrey Taylor, US attorney for the District of Colombia.