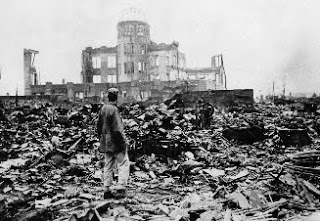 from pak alert press: The Kabalist Doctrine of Destruction provides a key to understanding world events. According to the Kabbalah, which is the secret doctrine of Judaism and Freemasonry, “Evil and catastrophe [are] endemic factors in the process of creation. Without evil there could be no good, without destruction, creation could not take place.” (Kabbalah: An Introduction to Jewish Mysticism, by Byron L. Sherwin, p. 72.)

Kabbalists believe the Old (Christian) Order must be ruthlessly destroyed before the New (Satanic) World Order, based on the Kabala, can be built. Hence, the Illuminati motto: “Order Out of Chaos.” Hence, the Communist Manifesto advocates the destruction of nation, religion and family and the transfer of all private wealth to the Illuminati bankers, in the guise of the state.

It explains why humanity seems cursed by never-ending crises and catastrophes – economic, political and natural. I believe they are engineered by the Illuminati to attack and destroy anything that smacks of the healthy divine order — spiritual or natural.