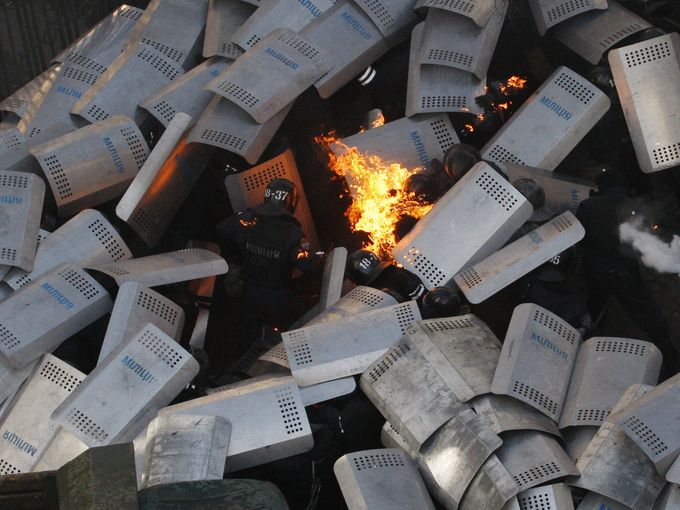 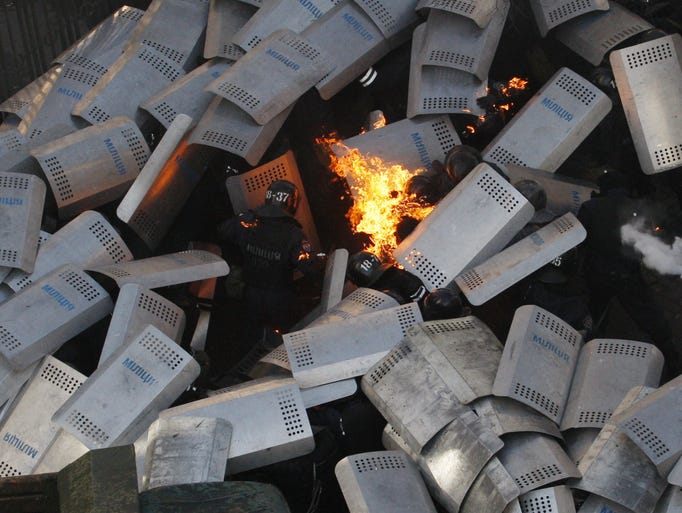 from usatoday.com: Weeks of calm were shattered Tuesday when protesters clashed with police outside parliament over the delay of a reform bill, leaving several dead and the police promising "severe measures" if demonstrations do not halt. Government troops attacked a protest camp and fired stun grenades and gunshots at thousands of marchers, killing at least nine people, said opposition lawmaker Lesya Orobets. Six police officers have been killed as well, says the government.