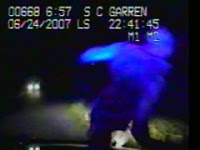 from kprc: Videos have surfaced showing two members of the South Carolina Highway Patrol using their cruisers to ram fleeing suspects, just weeks after two leaders of the agency resigned because of a furor over a trooper's use of a racial slur. In one of the two new dash-cam videos, which were first reported Wednesday by The Post and Courier of Charleston, Lance Cpl. Steven C. Garren drives after a man on foot, striking him when he crosses in front of Garren's cruiser... "You better run... because I'm fixin' to kill you." 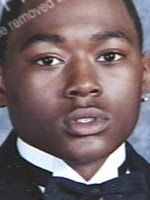 from ap: A Charlotte teenager has died after being shocked with a Taser during a confrontation with police at the grocery store where he worked. Charlotte-Mecklenburg police said 17-year-old Darryl Wayne died Thursday. An autopsy is pending. The Charlotte Observer reported Friday that officers responded to a call at a Food Lion and saw Turner throwing something at a store manager. Police said Turner appeared agitated, refused their commands and advanced toward an officer before the Taser was used.

australian man kills himself with homemade robot
from times online: An elderly man has killed himself by programming a robot to shoot him in the head after building the machine from plans downloaded from the internet. Francis Tovey, 81, who lived alone in Burleigh Heads on the Australian Gold Coast, was found dead in his driveway. According to the Gold Coast Bulletin, he had been unhappy about the demands of relatives living elsewhere in Australia that he should move out of his home and into care.