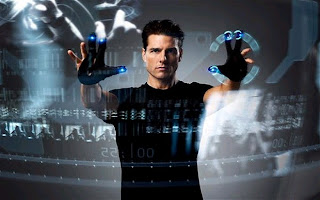 from telegraph: A new generation of PCs controlled by gestures is on its way, after Microsoft revealed it is specially adapting its Xbox Kinect technology for Windows computers. The system will allow Windows users to control software with the wave of a hand, as envisaged in the Steven Spielberg film Minority Report. "Building on the existing Kinect for Xbox 360 device, we have optimized certain hardware components and made firmware adjustments which better enable PC-centric scenarios," Craig Eisler, general manager of the Kinect for Windows program said in a blog post.

Kinect has proved a major hit on Xbox. A small device sits on top of the console or television and translates gamers’ body movement in to commands in racing, fighting and dancing titles. The Windows version offers the prospect of users controlling everyday office applications simply by moving their hands.

Microsoft said it has created a new 'Near Mode' for the PC version of Kinect, suitable for capturing smaller movements more accurately, suitable for working at a desk. "'Near Mode' will enable a whole new class of 'close up' applications, beyond the living room scenarios for Kinect for Xbox 360," said Mr Eisler.

Microsoft is already working with software developers on new motion-controlled Windows applications. "We’ve already seen strong enthusiasm for Kinect among developers who have done amazing things with it in countless different ways, from education to healthcare, gaming to art installations, manufacturing to retail," Mr Eisler said in another blog post.