Landmark Legislation: Both Parties Collude to Bring US Health Scare

Amid the hype, all I have to add is that if they wanted us to get health care, they could deliver it with the same shock & awe quickness that they deliver death & destruction around the world – at a fraction of the cost! – just like Bill Hicks said… so here’s one health scare to get you going & then related/updates after the video: 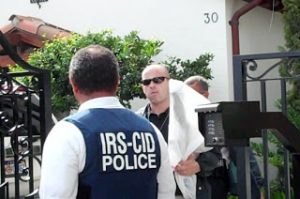 from washington examiner: New tax mandates and penalties included in Obamacare will cause the greatest expansion of the Internal Revenue Service since World War II, according to a release from Rep. Kevin Brady, R-Texas:

“A new analysis by the Joint Economic Committee and the House Ways & Means Committee minority staff estimates up to 16,500 new IRS personnel will be needed to collect, examine and audit new tax information mandated on families and small businesses in the ‘reconciliation’ bill being taken up by the U.S. House of Representatives this weekend … Scores of new federal mandates and fifteen different tax increases totaling $400 billion are imposed under the Democratic House bill. In addition to more complicated tax returns, families and small businesses will be forced to reveal further tax information to the IRS, provide proof of ‘government approved’ health care and submit detailed sales information to comply with new excise taxes.”

Americans for Tax Reform has a good breakdown of the bill by the numbers. Isn’t it reassuring that at a time of recession, government will do what’s necessary to ensure its growth? 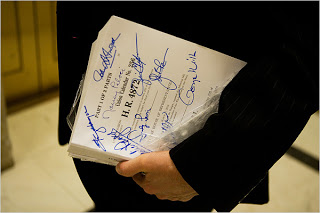 3 responses to “Landmark Legislation: Both Parties Collude to Bring US Health Scare”