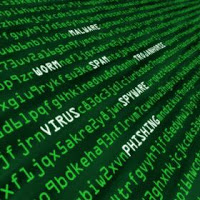 An Atlanta Business Chronicle article alerts public major banks under another siege of cyberattacks!  "A group calling itself Izz ad-Din al-Qassam Cyber Fighters announced plans to attack banks in a Dec. 10 statement posted on the website pastebin.com, said Bloomberg. The group also claimed responsibility for cyber attacks in September and October against financial institutions. The attacks were carried out in response to a video uploaded to YouTube ridiculing the Prophet Muhammad, the group said...The attacks typically send large volumes of Internet traffic to websites, causing delays and disruptions...The comptroller’s office said the attacks can distract bank personnel to gain access to customers’ accounts, block customers from reporting suspected fraud and prevent banks from alerting customers," reports Business Chronicle article.  Who's fooling who?  Are the Izz ad-Din al-Qassam latest permutation of al-CIADA?  Will banks, simply say, we dutifully warned public before coffers were emptied?  You've been warned!