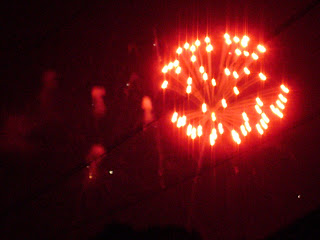 many cities celebrating july 4th without a bang

you mean we can't even afford to celebrate our dwindling american freedoms anymore by setting off some chinese explosives?

from cnn: What's a July Fourth celebration without fireworks? Many cities across the United States will find out Saturday. As municipalities grope for ways to shore up budgets, expensive pyrotechnics displays are becoming the latest victims of the economic downturn. "They need to have things in the community like that to keep things going. So I'm sad to see it going," said Seth Stolz, of Flint, Michigan, which will go without its traditional July Fourth explosions in the sky this year, according to CNN affiliate WJRT. He was accustomed to watching the show from his home... The nation hosts about 14,000 fireworks shows each Independence Day, according to the association, and the majority of shows will prevail because communities "realize the importance of continuing this annual tradition of providing their citizens with free entertainment to celebrate our freedom and independence," Julie Heckman, the group's director, said in a statement.