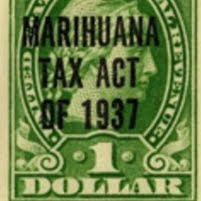 from allgov: A California union made up largely of grocery store and retail clerks has reached out to employees of local marijuana clubs, looking to the day when legal recreational use of cannabis could mean thousands of new workers to organize.

About 100 marijuana workers in Oakland will join the 26,000-member United Food and Commercial Workers Local 5 in San Jose, making the union the first in the country to organize employees of marijuana-related businesses.

Some political observers think the union’s move could help legitimize marijuana usage and build support for a November ballot measure (the Control and Tax Cannabis initiative) that would legalize cannabis possession and use for adults 21 and over. Such a major change in law could lead to a thriving new industry, create more jobs and produce higher revenues through taxation of marijuana sales, advocates argue.

California voters are currently split over the idea of legalization, 49% of likely voters in favor and 48% opposed, according to a new poll by the Public Policy Institute of California, although other polls have shown strong support for legalization.

One response to “Marijuana Workers Join Union In California”